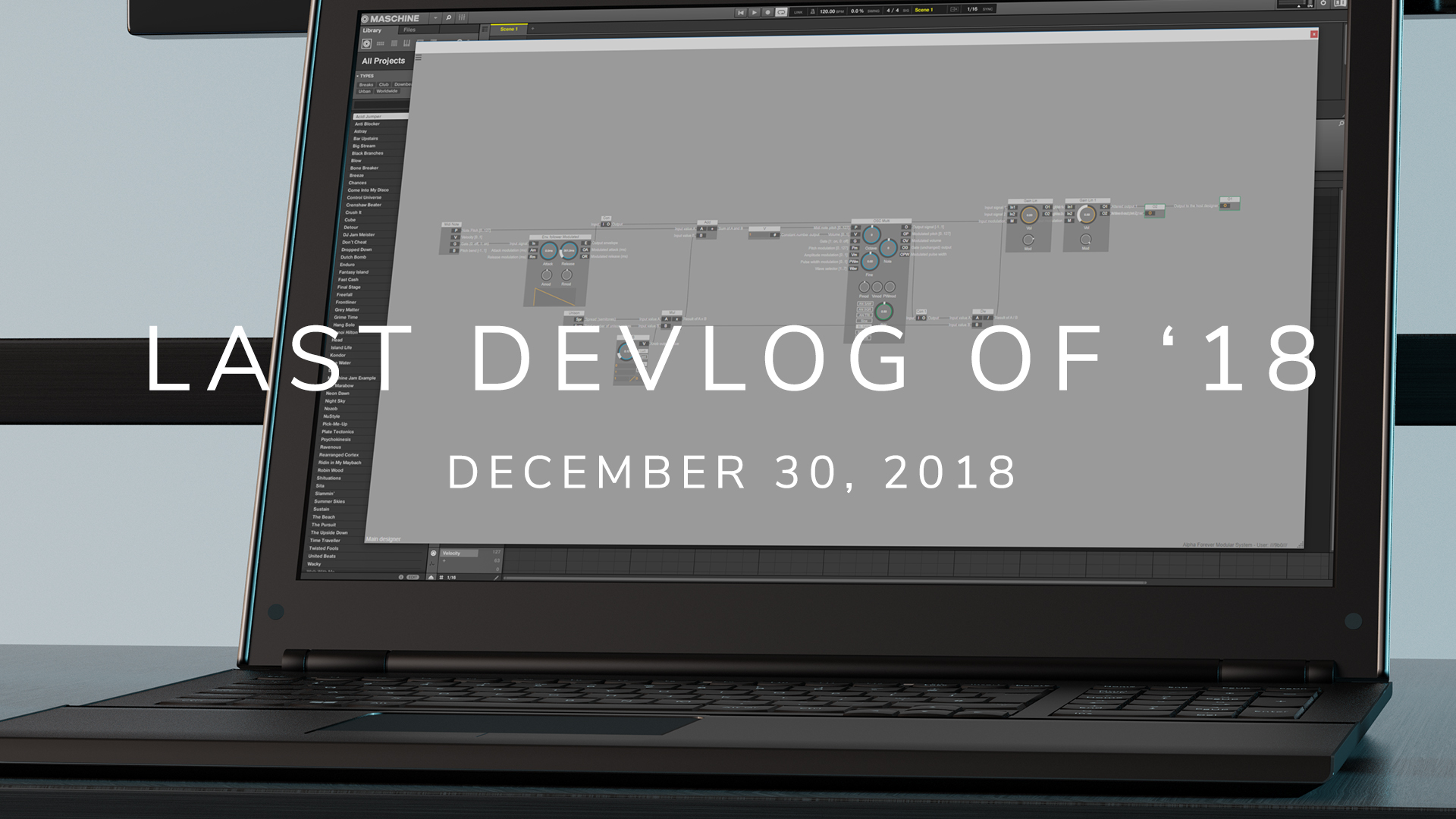 - Based on a user request plug descriptions are now drawn above the wires. This makes the descriptions easier to read.

// The unison node got enhanced:

The unison node got smaller, and received a sum output. The new plug (Sum) outputs the number of unison voices.

The Envelope Follower Modulated node outputs the modulated attack and release values on the 'OA' and 'OR' outputs.