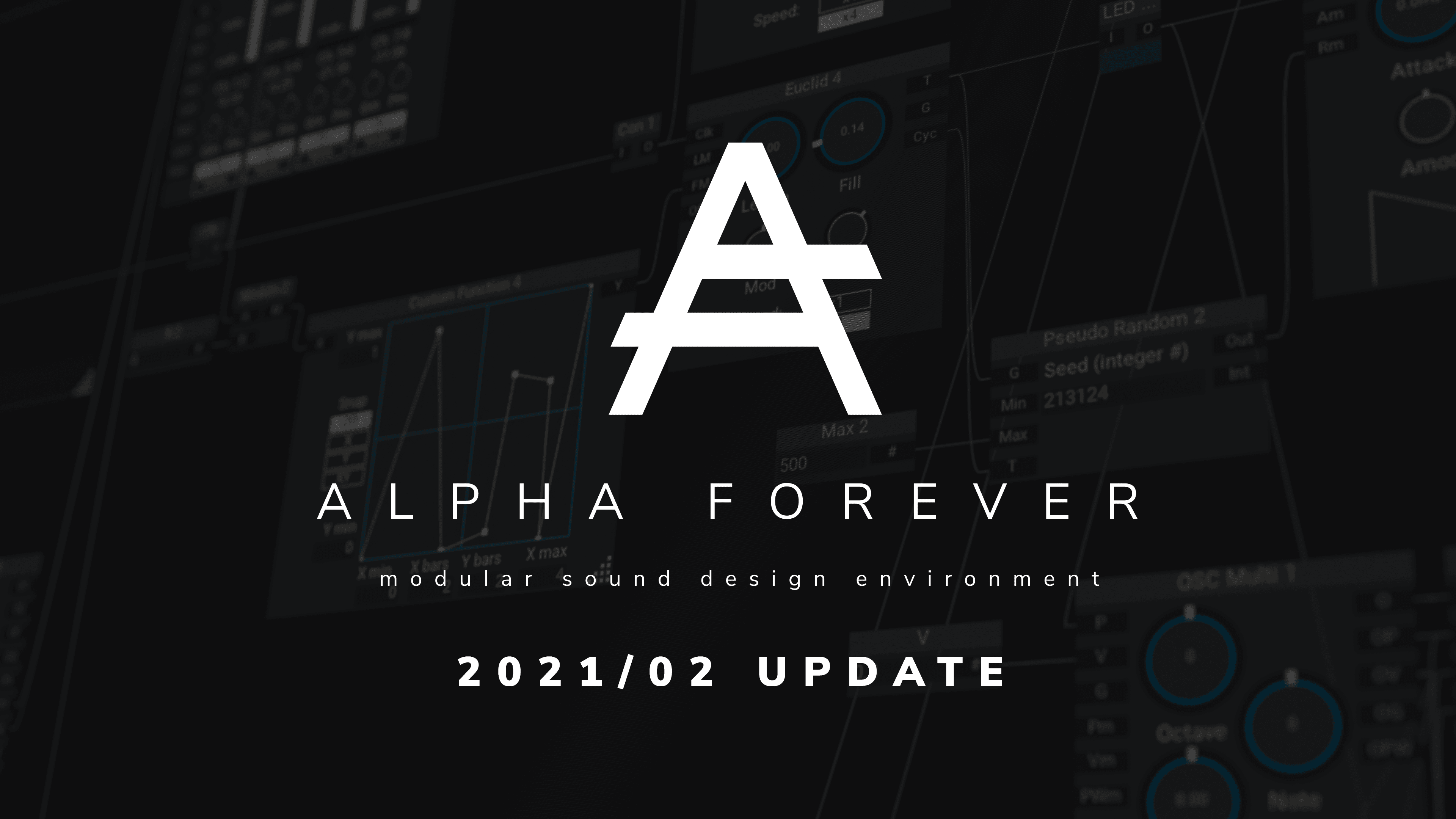 This node is a waveshaper that's intended to operate on sine waves. It outputs the nth harmonic of a sine wave with amplitude 1. However, we encourage you to experiment with other sound sources as well!

Creating rhythmic patterns with math can be fun, but also challenging and frustrating. The Euclid node is the quickest way to get rich rhythmic patterns. Just feed a clock signal to its input, start your sequencer, and you're good to go.

To study the possibilities, it's a good idea to take a look at the presets:
‍- Inst Bass Sub 3Euclid3 M
- Inst Seq EuclidTech

The 4p RC Modulated node is a ZDF multimode 4 pole ladder filter, where you can control the resonance depending on the cutoff frequency using the ‘Resonance Correction’ function. The effect can only be observed when using resonance, and the filter’s cutoff is modulated.

The 2p RC Modulated node is a ZDF multimode 2 pole filter, where you can control the resonance depending on the cutoff frequency using the ‘Resonance Correction’ function. The effect can only be observed when using resonance, and the filter’s cutoff is modulated.

The reverb node is our own rich-sounding procedural reverb algorithm. It can create large spaces and small rooms with ease, and all of its controls can be modulated.

The 'Frequency shifter' node shifts all the frequencies of the incoming signal linearly by a given frequency resulting in a sound comparable to ring modulation by a sine wave. While ring modulating - simply multiplying - a signal with a sine wave also shifts the frequencies of the signal, it always does it in both directions (up and down), this node basically splits the ring modulated signal using a 'Bode shifter' algorithm into two parts (up and down).

In the first update of 2021, we introduced 'parallel connect' that makes patching a lot more convenient. You could patch up to 9 wires at the same time with it.

What if you want to patch from a source to multiple nodes the same way?

'Multiconnect' solves this. Let’s say, you want to connect a MIDI Note to multiple oscillators. Just select the oscillators, drag a wire from the Pitch output, and while dragging press ‘M’ on your keyboard. The tip of the wire indicates that multi connect is enabled, and creating the connection to one of the selected nodes will result in all the oscillators being connected to the ‘MIDI Note’ node.

'Parallel connect' can be used in conjunction with 'Multiconnect', so you can connect multiple wires to multiple nodes at the same time.

Old presets got reworked, and new ones got added.

The Filter 4p NL Modulated got reworked from scratch. The offset behavior changed, and the filter also received a ’Drive’ parameter for filter saturation.

When zooming into the custom function node, points won’t zoom after a threshold level. This makes editing dense functions easier.

Position of the curve points is now relative to the control points.

Conversion nodes (like Pitch to Hz) do not use approximations anymore, converting to Hz from P won’t affect accuracy.

The 'Mixer 4 lin’ node outputs now the modulated value of its paramters.