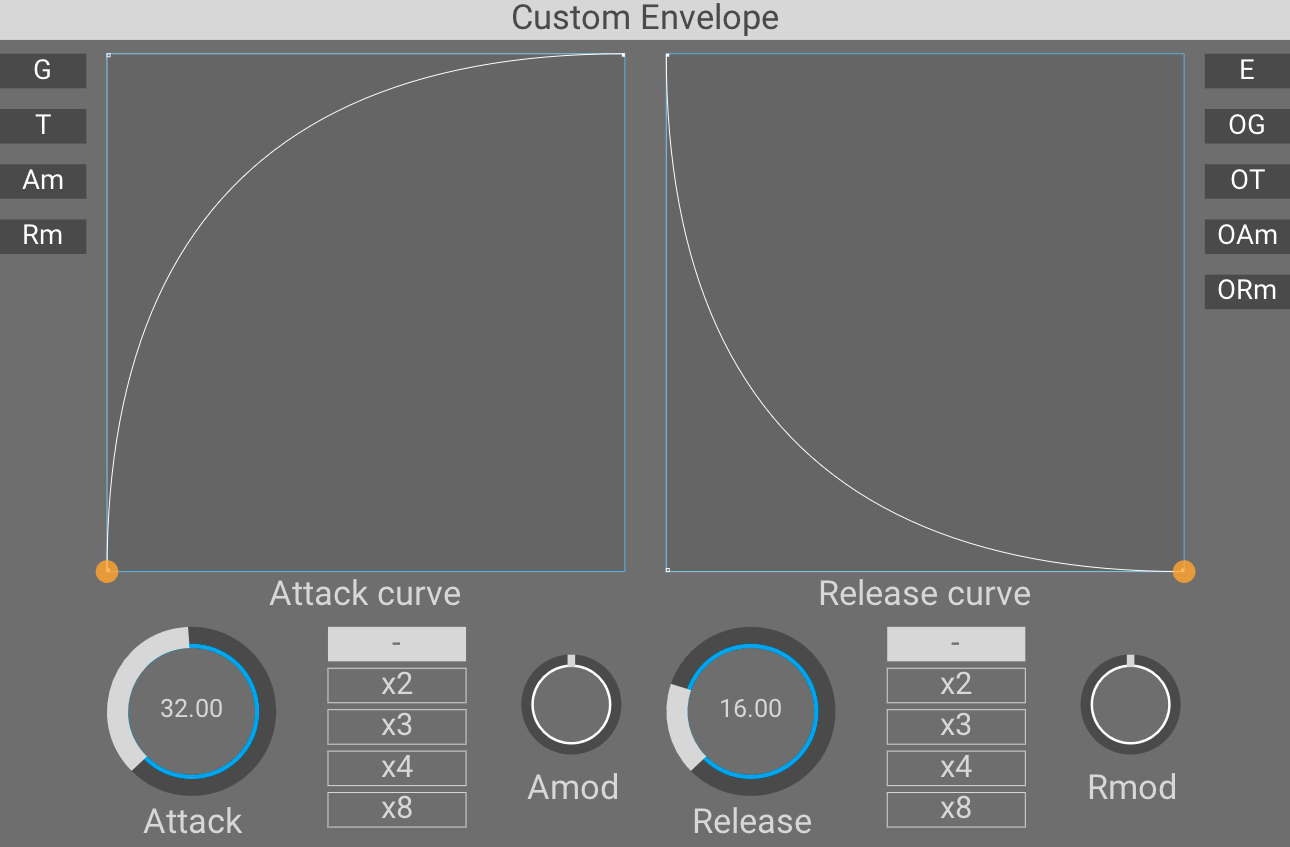 What the node does:

If the node receives a gate signal on the 'G' input, it generates an ASR envelope on the 'E' output. The curvature of the 'Attack' and 'Release' phases can be drawn on the corresponding graphs, the sustain value corresponds to the last point of the 'Attack' phase. The 'Custom Envelope' is is tempo-synced, making it ideal to create riser effects. The length of the two phases can be multiplied by 2, 3, 4, and 8.

E: The envelope itself.

GA: Generates a gate while the envelope is in attack phase.

GS: Generates a gate while the envelope is in sustain phase.

GR: Generates a gate while the envelope is in release phase.

The rich text element allows you to create and format headings, paragraphs, blockquotes, images, and video all in one place instead of having to add and format them individually. Just double-click and easily create content.

How to customize formatting for each rich text

Headings, paragraphs, blockquotes, figures, images, and figure captions can all be styled after a class is added to the rich text element using the "When inside of" nested selector system.